Slayte is really starting to come together. I have him entered in T2B in two weeks to see how he does. I am not entering him in Novice yet since he needs some more practice on his dogwalk. I decided to switch from running to a stop about a month ago.

We did some fun runs yesterday just to get him running on different equipment and in a new environment. His first run was a little scatter-brained but the next three were all good. He didn’t always stick his dogwalk contact though so we definitely need more practice and proofing. He just startes doing the full dogwalk with the stop last week so can’t blame him for that. His running aframe looks really good and doing different teeters doesn’t seem to bother him. He doesn’t always collect for his weave entrances yet but I worked that last week and I see improvement there.

Exciting times! Hopefully he will do well in T2B and then I can enter him in Novice in August! 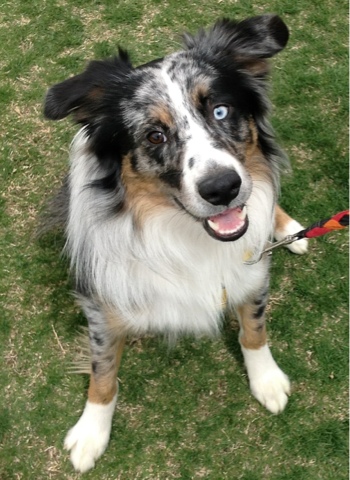 Posted on June 25, 2012, in Uncategorized. Bookmark the permalink. Leave a comment.